Voice and video communication via Internet networks has grown in popularity in the beginning of the 21st century and it is currently used by many services including some popular messengers such as Skype, Viber and WhatsApp. The possibility of making calls is not available yet in Telegram but, taking into account the market requirements, there can be no doubt that the users of the given service will be provided with it in the near future.

Things you need to know about VoIP technology

The operation principle of VoIP telephony (Voice over IP) consists in voice signal transmission using IP protocol. The signal is transmitted in digitalized form and is previously compressed for reducing the load on a channel. When data reaches a destination device, it is decrypted and converted into the original voice. The advantages of Internet calls over a standard mobile communication include the following ones:

It is worth mentioning that all advantages considered the given technology is still far from perfect. This is one reason why Telegram calls are not available yet. Despite continuous improvements of IP telephony algorithms, there exist lots of problems connected with voice communication instability nowadays. Voice traffic is highly sensitive to various delays frequently taking place in case of poor Internet connection. It is possible to provide stable information transmission in a corporate network but, when it comes to Internet usage, communication channel capacity is not able to provide normal signal level sometimes.

Poor connection can significantly spoil the impression of both the technology itself and a messenger representing it. Thus Pavel Durovʼs team is in no haste (or just pretends) to implement VoIP telephony.

Is it worth to expect the implementation of Telegram calls?

Considering that all principal competitors offer such possibility nowadays, the users of the given messenger frequently put a reasonable question to the developers: «Is it worth to expect the appearance of this option and when its release is supposed to happen?

When answering one of the similar questions in Twitter, Pavel Durov said that it was worth to expect any way, although the release date remained a mystery. It is believed that the work on developing the mentioned option is in progress long time ago but aspiration of reaching perfection prevents the developers from bringing the half-finished product to the market. On the other hand, if they will not satisfy the users by creating a similar functional any time soon, this application may lose a significant part of its audience.

Some experts suppose that VoIP telephony implementation delay is connected with company security policy. As Pavel Durovʼs service presents itself as an anonymous messenger, the developers cannot offer their clients a product which will not correspond to a high level of information transmission security. It is no secret that the ordinary and video calls of other services and Skype in particular can be easily snooped by the security services. That is why lots of users are waiting for a new top-secret development from Nikolai Durov which will allow communicating not only by means of text messages but also voice calls.

The calls made by means of free applications and their growing popularity may significantly influence the mobile providers’ income. According to estimates, after the development of such services as Viber, WhatsApp and then Telegram, financial losses will be equal to 386 billions of dollars over the 2012 to 2018 period. First off, such amount is dictated by a considerable quantity reduction of the transmitted text messages. To be sure, losses will be notably higher when developing VoIP telephony.

The various researches showed that global incomes from mobile data transmission via Internet would annually increase by 8%. At the same time, profit from the standard voice services will steadily decrease by 3% on average. The USA, Canada and Western Europe will suffer the heaviest losses, although Russia will be also unequivocally influenced by the given tendency.

A popularity of voice communication via Internet protocol is clear enough. Why weekly pay for mobile services (besides, prices show an upward tendency), if there is a possibility of using a free service and pay only for traffic being used. It is most likely that the «voice transmission» option will be free in Telegram. Otherwise, there will be practically no point in implementing it. All that is left to do is to wait for release and evaluate how it compares to its principal competitors. 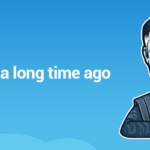 Views: 528
All news about Telegram and Pavel Durov on one channel
Subscribe, to always be aware of.
You need to auth for rating
Please, click on the login button on the top of website and follow instructions.